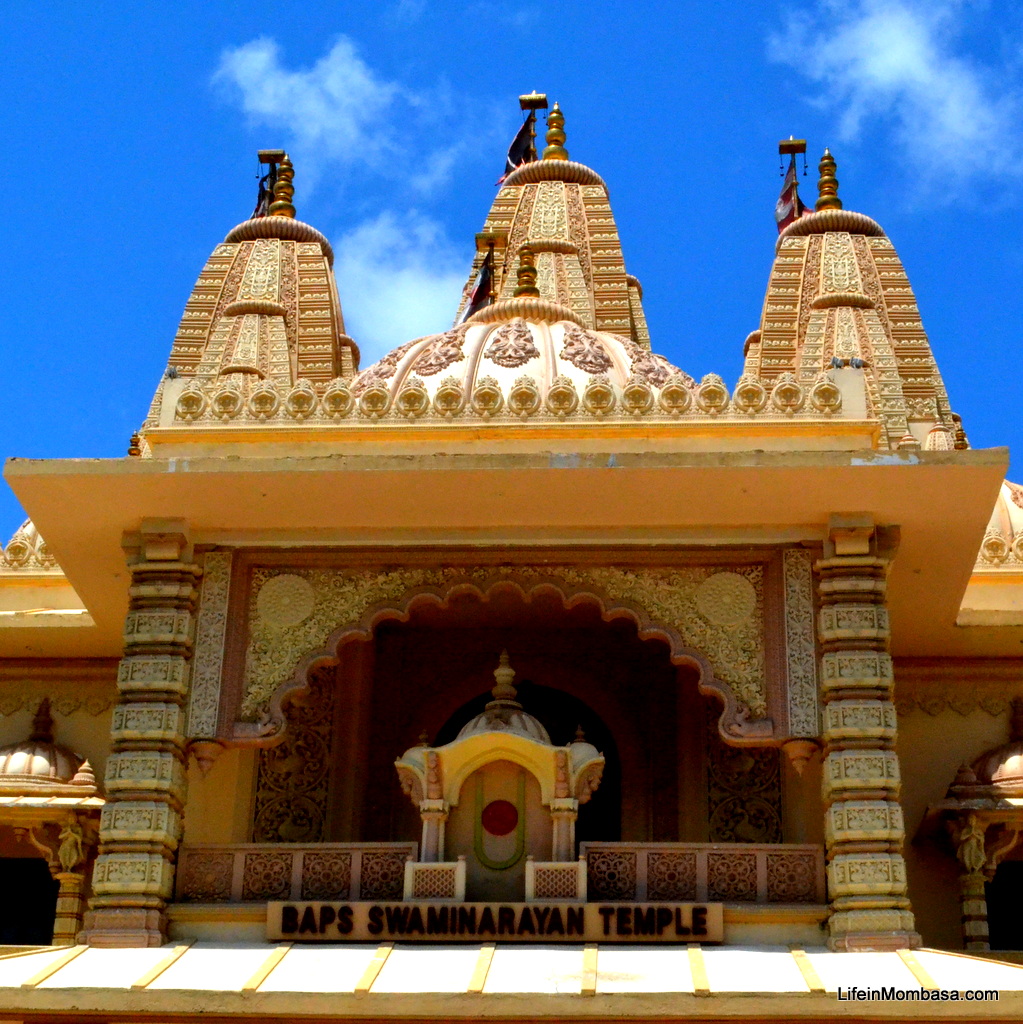 Mombasa is infused with different people practicing different faiths and religion, the dominant religions being Islam, Hinduism and Christianity. Each religion has a congregational following in different parts of the city. Due to the high demand of places of worship, each religion has multiple places of worship. There several mosques for Muslim, temples for Hindus and Churches for Christians. Some of the buildings have been around for centuries, some even protected as a Historical monument.
Several mosque, temples and churches around Mombasa have a historic background :

Mandhry Mosque, the oldest mosque in Mombasa, was completed in 1570 and features a picturesque minaret. The historic Dawoodi Bohra Mosque, built in 1902, stands on the top of a cliff with a view of the old harbor. Shri Kutchi Satsang Swaminarayan Temple, it was constructed in 1957, making the temple the first BAPS temple built outside India. Remodeled in The other temple with a large Hindu following in Mombasa is the Lord Shiva Temple situated close to the Makadara grounds. This temple displays interesting architecture, but the gold spire on top of the building is its most striking feature The Holy Ghost Cathedral is the primary Roman Catholic church in Mombasa. The Catholic faith started to appear on this African island around the end of the 19th Century

The Mombasa Memorial Cathedral is an Anglican Church that dates from British colonial times. Interestingly, the church has a similar appearance to that of the many mosques in the city.

Most religious places in Mombasa allow visitors to go in and look around and even take pictures. Just seek permission before going in.