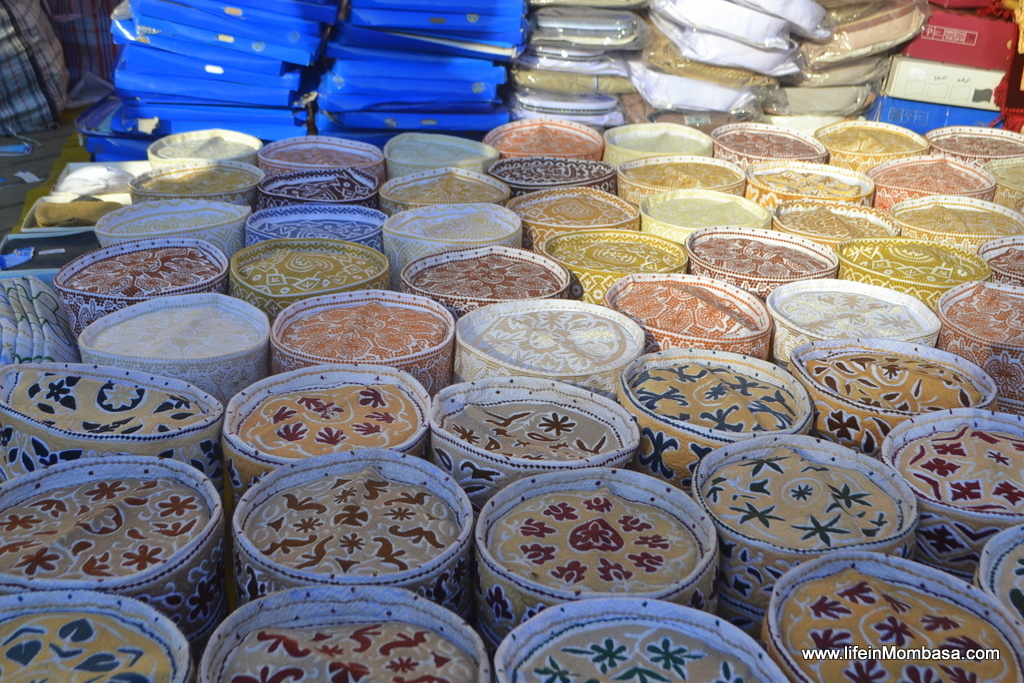 Friday is a religious day for Muslims, men will adorn themselves in a clean and elegant Kanzu with a kofia (Hat) and go for Jummah (Friday) Prayers. If you walk in the streets of Mombasa on a Friday, you will find men with a different kind of Kofia. The hand-Made Swahili Kofia. The Swahili Kofia are elegant hand-made embroidered hats, a tradition that has been passed on from generation to generation. They come in different sizes and patterns, all hand-made. The Kofia has spread from the Islands of Zanzibar, Pemba, Lamu, Pate, and Faza, Shela to Mombasa and environs.

The type of Kofia can identify status of the person in the society, hence the type of patterns and other factors play a role in quality and price of the Kofia. The Hand-Made process can take up to 3 months, especially if using different colour threads.

The process of making a Kofia as described by Mykofia.com

The desired patterns are drawn on paper and then traced on to the”mshadhari” and “Kahafu”. After this, the mshadhari is joined round to make the body of the Kofia. Next, the borders of the patterns are stitched in order to make them stand out.

The Kofia is then threaded “kutia uzi”, this helps to enhance the imprinted design and also give the Kofia a great texture.

This is a crucial step, which requires to be done carefully and neatly. Once this done, the kofia is washed and dried.

The Kofia is the smoothened using a tiger cowrie shell, a process called “kupiga dondo” This helps the stitched pinholes to be flat and smooth

The Kofia undergoes “kuzuua” which is the piercing of the pinholes. This is done using a fine porcupine spike.

The final step is that the “mshadhari” and “Kahafu” are sewn and the Kofia is now complete!

The Kofia has become a symbol of the Swahili culture in the coast of Kenya and Tanzania, but it has spread to other countries as well. It has been adapted into other cultures, and modified to their traditions. Next time you see someone wearing a Kofia, know its significant part of the Swahili culture and it comes with a lot of respect.