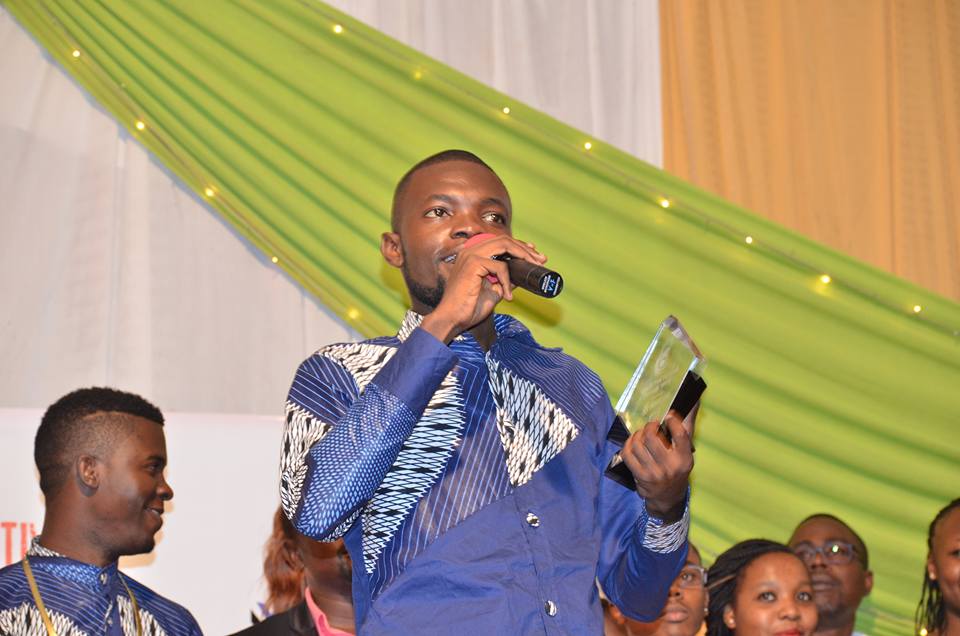 My Name is Daudi O. Anguka and I’m a filmmaker (cinematographer / director)

How many films and series have you produced and directed?

I have personally produced three award winning short films; White Doom, Watamati and Zilizala, then there are other projects I’ve ventured as a freelance cinematographer in quite a number of productions such as Aunt Boss TV Sitcom airing on NTV and The Chase which airs on KBC. I’ve also shot different movies like Chozi, Michael and others which are still on hold and yet to be released. I’ve also been privileged to work on adverts too the recent one being KCCL Walk. In addition I’ve also worked with Multant Production as a post production team member editing Nira and Nuru which aired on Maisha Magic on Zuku TV.

How does it feel to be a film director?

It comes with a great sense of satisfaction because each day into it as an ongoing adventurous learning experience which gives me such a wide platform to expand the horizon of my skills as far as this discipline is concerned and also enables me be at par with the expected trends as far as the whole cinematography docket is concerned.

Zilizala is an exciting story basing on the effects of illegal drug practices and it centers on a young Samba who finds himself stuck in the middle of a predicament which has entirely nothing to do with him. Having grown up in the village with his grandparents Samba is compelled to move to the city to secure a good life after the untimely death of his grandma. It is in this quest when he witnesses the tragic death of his friend, Kasa, who is involved in the drug cartel and before Kasa takes his final breath he discloses a secret to him on the operations of the peddlers. Thinking that he had something in the deal the peddlers begin to pursue an innocent Samba who now has to battle himself out of the menace and this is where the entire game begins.

Zilizala has won several awards at the recent Coast Film Festival, including best film 2016. How does it feel?

It feels great and I thank The Almighty GOD for it all. I also extend my gratification to all people who made it happen that is the crew I worked with because the success behind this project was because of our concerted efforts and not just a one man thing. Looking at the things we went through to push this through it goes without saying that we clearly deserved this award because we worked from head to toe for this and here we are.

The Film industry in Mombasa is growing, are there enough resources for Directors and producers to grow?

Truth be told the film industry in Mombasa is growing so I wouldn’t really say that we have enough resources but the underlining factor is with the ones available we strive in the best way we can to deliver top notch masterpieces for our viewers.

What advice would you give to upcoming directors?

Tell your story with whatever you have and never give up. Film is an enterprise but don’t let cash be your focal point but rather focus on bringing out the best of you with what you have.

Where do you see yourself 10 years from now?

Well that’s a big one. I see myself being among the highly decorated cinematographers in the world and a potential award winner in the high profile Oscars Awards. In line to that I see AR spreading its wings all over the region as a reputable production company telling out stories in exceptional ways. Having the charitable spirit of giving back to the community, I see myself being a transformative force to the youths by helping them achieve their dreams especially through talents maximization and positive mentorship.