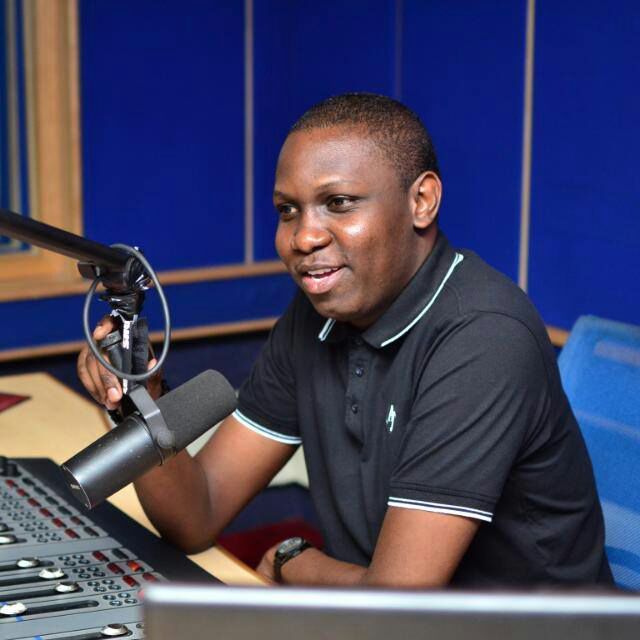 My name is Solomon Jefwa Zully, I am a Reporter, Presenter and a news Anchor at Radio Salaam and also do M. Ceeing as a side Hustle.

How did you become a Radio presenter?

Well, I have always had a passion for Radio it Goes way back to my Primary School days, I had the Urge to help highlight the plights Kenyans go through in their day to day life. After Clearing Primary School I joined Ribe Boys and was among the best students in both Kiswahili and English to me this was a step towards the right direction. I used to tell my friends that I wanted to be a Journalists ,I meet some of them today and they say “Kumbe”I was serious.!! I Thank Radio Salaam because they gave me an internship opportunity while in College,  my first time to go on air was during a sports program Hosted by J. K Makanaki lol funny thing is I knew nothing about sports so later on my current Boss Salim Cheka gave me an opportunity in his show it was a drive show which airs from 4pm to 6pm of course I was shy having come from the newsroom where I only used to write stories and features, but he encouraged me.

After sometime I was assigned the mid-morning show alongside my Colleague Sophia Abdhillahi, moved to the drive show hosted it for a year with Farouk Mwabege, moved again to the Morning show and now I do the stations political program Kongamano.  Ibrahim Mahmoud, program controller was a great mentor in who I am today.  My former colleagues Calvin Onsarigo and Asha Bekidusa showed me around the newsroom and how to become a successful radio personnel

What do you love about your career?

Touching people’s lives, Journalism is powerful  I thank God we have touched people’s lives through various initiatives on Radio. We have held authorities accountable for the benefit of the common mwananchi. Most of all, Journalism is about Educating, I have been very instrumental on highlighting matters on Devolution from 2013 to date I was even nicknamed “Governor” this shows we made an impact. Journalism is Interesting.

You have won several awards, can you tell us about them?

Yes, I have managed to get 4 awards and other recognitions I thank God for the far He has brought me. I got my First award in 2014 at the annual Journalism excellence awards I had highlighted on Issues affecting Street Children who had traveled all the way from Nairobi to Mombasa. In 2015 I got two awards one was for the best News Anchor Countrywide in the Radio Category the other award was for highlighting the ailing Tourism industry and what should be done to help the  industry grow again. I also got a recognition from the C. E. C who was in-charge of the Ministry of Tourism then in Mombasa, Hon Joab Tumbo.

In 2016 I also got another award on best governance award Radio Category for highlighting on issues about Terrorism in Mombasa.

You are an MC (Master of ceremony) as well, what skills help you in being a successful MC?

M.ceeing is One of the hardest jobs but it becomes easier once you understand what your client needs and the kind of event you are doing that is what I look at most lest you end up making unnecessary mistakes on your clients big day. To all M.Cs, do not press that power button on the microphone if you do not understand what is needed  of you that’s all I can say.

Are there enough resources for the youth in Mombasa to grow their different talent and skills?

Depends with how one looks at it but I believe we shouldn’t be cry babies let’s use what we have to reach the stars. Resources will never be enough for everyone. Youths need to stand up and be counted for doing something positive. Those who have talent and are stranded at home can join SwahiliPot Hub one of the best innovations hub  In Mombasa big up to Mahmoud Noor for coming up with such an idea to help the youths.

The County governments also have a ministry of Youth Gender and Sports but how many of us drop proposals for help?

Are you a member of any initiative to mentor upcoming young journalists?

Yes,  though doing it in a small way,  I am in-charge of the Internship training department at my place of work. We will soon expand it by visiting schools and talking to students who are interested in Joining the media world. Hopefully we will make an impact.

With social Media, news travel faster than print media. Do you think print media will become obsolete in the future?

Sincerely Speaking Social media has taken over means of relaying information. Sad reality is eventually the print media will have to do away with newspapers. Good thing is currently all the print media houses have gone online to keep up with the evolving nature of relaying news.

Where do you see yourself 10 years from now?

I have bigger plans God Willing I will let the Success do the talking then.

Journalism is a calling, if you are getting into Journalism for money or fame find something else to do.