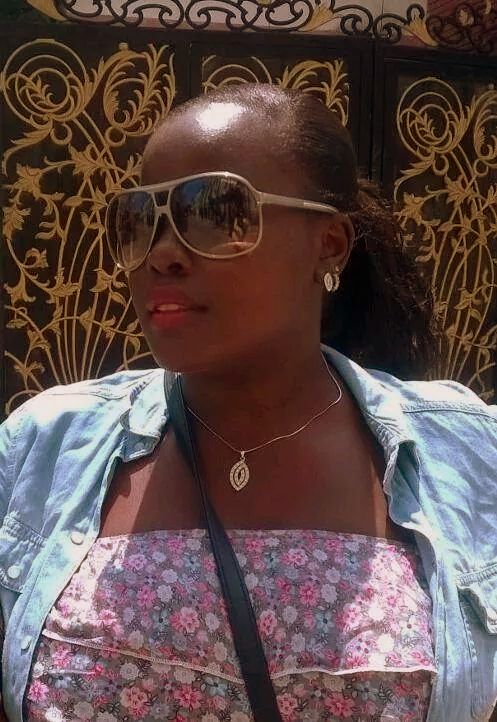 1.My name is Winnie Araka. I am a writer- I have self published a book called “No Change”, a blogger- I run the site www.SunsetInAfrica.com, a script writer and an upcoming actress.

3. Are there places in Mombasa that inspire you to write – or be creative? How so?

This is a hard one. I can’t really say there is a specific place that inspires me. My ideas come from anywhere and at the most weird of places. It could be in a Jav on my way home, while having a discussion with my friends, while having a shower….you get the drift? My ideas come anywhere and out of nowhere really. I could go for weeks without anything to write about and then one morning while preparing breakfast, Bam! Although I must admit chilling at Light House really does something for my soul and writing too.

4. Are you a realist or a dreamer

I have and always will be a dreamer! Dreams keep me going. Reality is too harsh! Who needs reality in this short, short life? Not me. Seriously.

5. If you could be a character from a book, who would you be?

Why chose one if I can have two? I love African literature so I’ll chose Ihuoma from Elechi Amadi’s “The Concubine,” because I really do believe true love never ends well and Akoko Obanda from Margret Ogola’s “The River and the Source.” Now that was a super strong woman right there.

6. What is the most unusual thing that has happened to you in Mombasa

So one day I was in Mama Ngina (light house) all by myself having ice cream when I felt a sharp slap across my face. I looked up and saw……no one! (Laughs hysterically) I got you there, didn’t I? No really, much as I’m trying to think, I can’t remember anything unusual happening to me in Mombasa.

7. #mydressmyright what are your sentiments

Those thugs using African Culture as a reason to strip women should just stop already. You worship a God that was introduced to you by the white man. You stopped being African a long time ago and turned your back to anything African. You call yourselves names that have no meaning whatsoever in your culture; you have no respect for family, don’t uphold family values and have the audacity to strip women in the name of culture? Just die already.

8.How do you deal with others stealing your work as a blogger?

So far four of my articles have already been stolen by different bloggers. The first time it happened I was shocked and a bit angry but with time I’ve learnt to look at the positives. I take it as a compliment. After all, they say imitation is the best form of flattery.

9. Where do you see yourself 10 years from now?

I want to be among Kenya’s best script writers and a blogger like none the land ever saw.