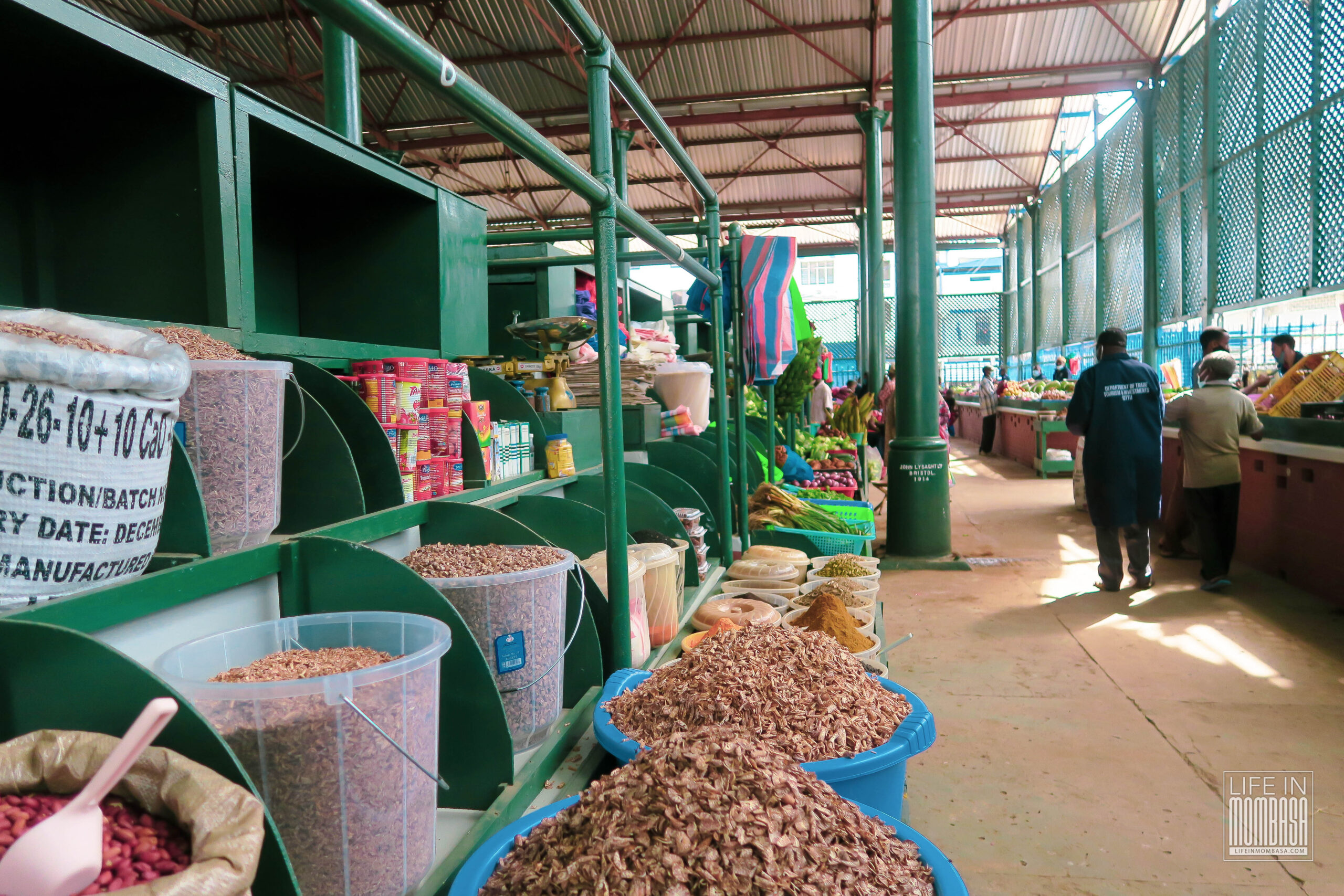 Mostly Known as Markiti, Mackinnon Market was opened in 1914 named after the then colonial governor of Kenya, Sir Henry Mackinnon, who officially opened it. This is evident with mast inside the building has a plaque that traces much of the building materials from Bristol, in the United Kingdom.  Residents of Mombasa generation after generation have been shopping for vegetables, spices and other snacks such as Mabuyu and Achari.

Tourists are also given a tour of the Market by tour guides to showcase the different spices available, as spices is one of the attractions of the Market in addition to the historic background of the market. The market holds more than 200 traders. Most traders have been at the market for over 50 years, passing it on to the younger generation. Today, you will find all sorts of vegetables, fruits, spices and various snacks such as mabuyu, Achari and pickles.

Through the Department of Trade, Tourism and Investment, the County Government of Mombasa renovated the Market. The 3-month project was officially launched on July 21st 2020 by H.E Governor Hassan Ali Joho EGH. The renovation included upgrading of Kiosks, repainting, roof repair and adding lights inside the market.

Sights from the current Renovation: