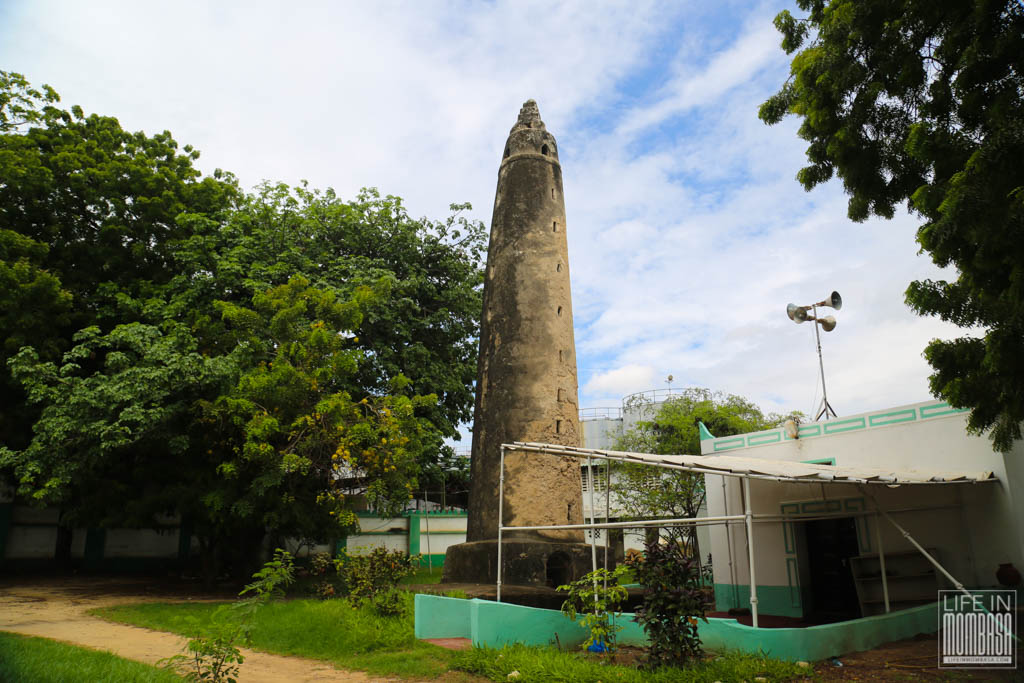 Constructed between 1400 and 1450 AD the Mbaraki Ancient Mosque Pillar is located just to the west of Likoni Ferry roundabout behind G4S HQs. The Mbaraki Pillar stands at 50 FT tall and is gazetted as a national monument and making it one of the historic places in Mombasa.

The coral stone pillar is the second oldest monument after Fort Jesus. The mosque had fallen to complete ruin by 1550 AD before being rebuilt in 1988. It has a large prayer room, 2 anterooms and stone-built cisterns for storing water on its north-eastern and south-western corners.