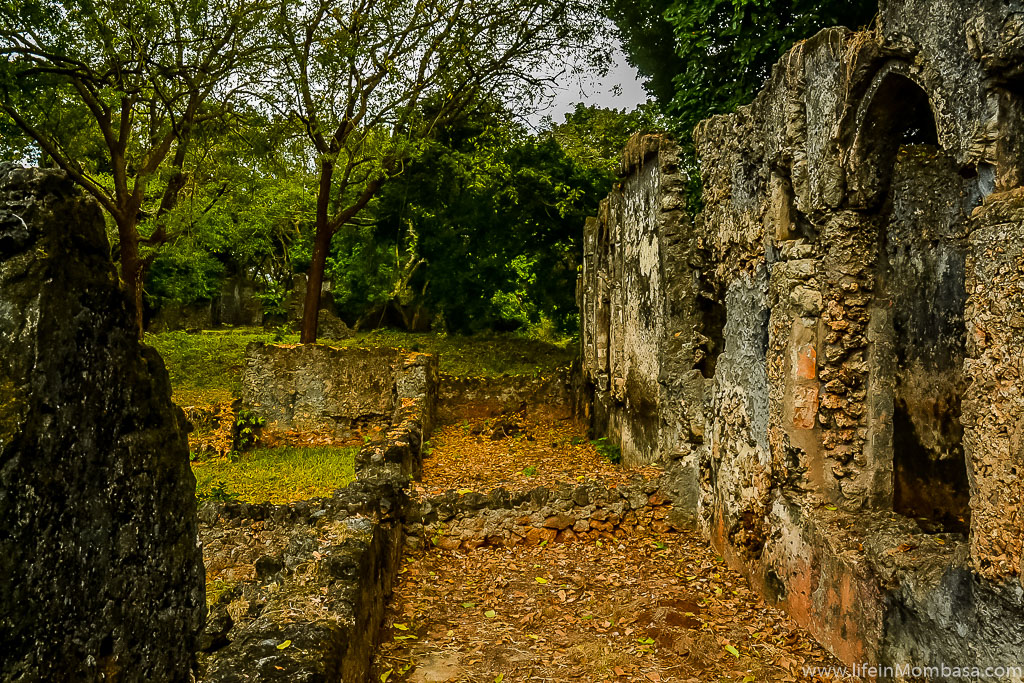 The full name Jumba la Mtwana means in Swahili “the large house of the slave”. Within this area four mosques, a tomb and four houses have survived in recognizable condition. These houses include the House of the Cylinder, The House of the Kitchen, The House of the Many Pools, which had three phases, and the Great Mosque. The inhabitants of this town were mainly Muslims as evidence by a number of ruined mosques.

There are no written historical records of the town but ceramic evidence showed that the town had been built in the fourteenth century but abandoned early in the fifteenth century. The dating is based on the presence of a few shreds of early blue and white porcelain with lung-chuan celadon, and the absence of any later Chinese wares.

It is most likely the site’s strategic position was selected because of the presence of fresh water, exposure to the North East and South East breezes which would keep the people cool and its safe location from external attacks by sea since it had no harbor, thus larger vessels had to anchor along way offshore, or move probably in Mtwapa creek. One can only therefore guess reasons for its eventual desertion, namely trade interruption, hostile invasion or a failure in water supply. Though there is need to pursue further research on this.
Clearance and excavation of the ruins were first carried out in 1972 by James Kirkman with a view of dating the buildings, its period of occupation and consolidating buildings which were in danger of collapse. Ten years later in 1982, Jumba la Mtwana was gazetted as a National Monument. Thus Jumba is legally protected under Antiquities and Monuments Act Chapter 215 of the Laws of Kenya.

Excerpt from National Museums of Kenya